As a television or production company, you expect (hope for) the highest levels of punctuality and professionalism from your cast and crew. So why accept anything less from your transport provider?

Fifteen-years ferrying politicians, business executives, and military top brass, has provided use with the sort of expertise that dovetails perfectly with the film and media industry.

We know the standards expected. We understand and appreciate the added responsibility of transporting celebrity and VIP clients. Most importantly, we have the qualifications and real-world experience to guarantee their comfort (courtesy of our luxurious six-seater Mercedes Viano) and safety.

Platinum NI holds an S.A.C. Level 3 Diploma in Security Management, a Certificate of Appreciation for Exemplary Service from the US Forces in Iraq, a Security Industry Authority license, and a qualification in Public Order. [link to Security page]

Northern Ireland has been the preferred location for movies, short films, and television dramas. From HBO’s critically-acclaimed Game of Thrones to Oscar-nominated ‘shorts’ like Boogaloo and Graham and domestic hits like The Fall and Line of Duty, there appears to be no end to the talent on show on our shores.

Now, with Platinum NI, you can count on the stars of stage and screen, producers, directors, and production crew arriving safely, on time…every time.

THE STAGE IS SET
So, you’re a bit obsessed with Game of Thrones, fixated on Star Wars, or just plain infatuated with Robert Pattison? Well, help is at hand.

Platinum NI understands your passion. That’s why our range of services includes pandering to those who like to take their love of the big and small screen just that little bit further.

We offer trips to locations that will breathe new life into the pictures imprinted on your mind, where pivotal scenes played out in those favourite film and TV shows.

How many sites you want to visit, how many hours you’d like to stay, or days…it’s entirely up to you. What is certain is that you will travel in style. Our full leather six-seater Mercedes Viano will transport you in the sort of comfort and luxury enjoyed by the actors you idolize.

Platinum NI also provides unrivalled local knowledge. Not only do we know the locations and how to get there, but we have the inside track on the best places to eat and drink.

And before I forget at the end, Geoff @ Platinum NI was an official GOT cast Driver and you will be traveling in the same vehicle as Mr J.Snow, Cersa, Aya, Jamie Lanister etc SO have we got stories for you like no other….

HBO’s award-winning television series Game of Thrones combines the cut and thrust of medieval warfare with murder, mysticism, and intrigue. The battle for control of The Iron Throne and Seven Kingdoms of Westeros has captured the imagination of fans all over the world. Just as Peter Jackson’s Lord of the Rings used various locations across New Zealand, so too HBO turned their focus to Northern Ireland, with extensive filming representing everything from Winterfell to the King’s Road, The Iron Islands to Stormlands.

Now, with Platinum NI, you too can stand on the spot where Lannisters’ schemed, and stroll in the footsteps of Starks. We can help plot a path for you through the scenic splendor of the Seven Kingdoms, taking you to where many of the pivotal scenes were shot. Leading locations include Cushendun Caves (in the village of the same name), where HBO filmed Melisandre giving birth to the shadow baby. As we hug the dramatic County Antrim coastline have camera at the ready as you cast your eyes on Murlough Bay, Larrybane, and the ‘challenging’ Carrick-a-Rede Rope Bridge. The latter, a bridge suspended across a gaping chasm, was used as a backdrop, together with computer generated images; whilst Murlough and Larrybane were transformed into Pyke Island and Stormlands. Further along the coastal route takes us to Ballintoy Harbour, where an increasingly tight, twisting road leads you to, what for fans, will be a familiar site – Lordsport Harbour, scene of Theon Greyjoy’s homecoming. Another highly popular destination is The Dark Hedges, a hauntingly beautiful avenue of warped beech trees that was used to depict Kingsroad.

Portstewart, with its charming promenade, also boasts one of the best stretches of golden sand in Ireland. The Strand and its surrounding sand dunes became the Kingdom of Dorne in Season 5. A few short miles away stands the iconic Mussenden Temple, perched on the cliff top above Downhill Strand. It was where Lady Melisandre burned the Seven Gods of Westeros in sacrifice. A few yards from the entrance/exit of Downhill is a steeply ascending road to Bienvenagh (An Area of Outstanding Natural Beauty). The panoramic views are spectacular, and provided HBO with a location for Dothraki, Daenerys, and the occasional dragon.

Please note: Platinum NI’s trips and tours are not sponsored, endorsed, or affiliated with HBO or anyone associated with Game of Thrones. 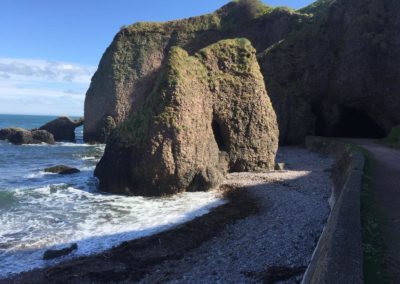 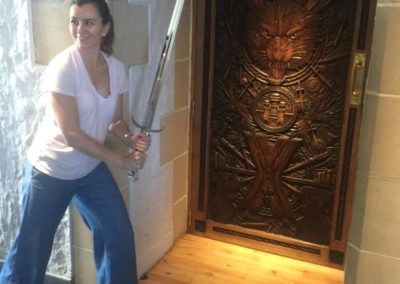 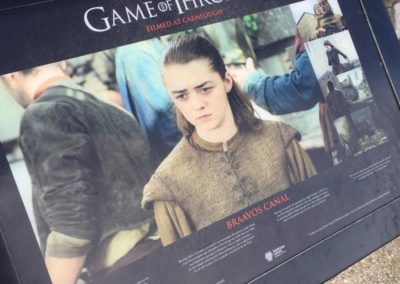 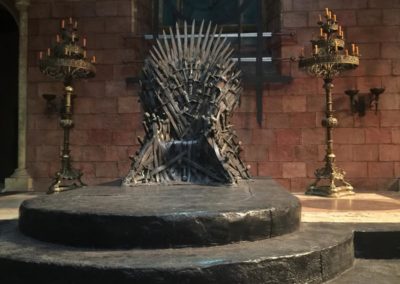 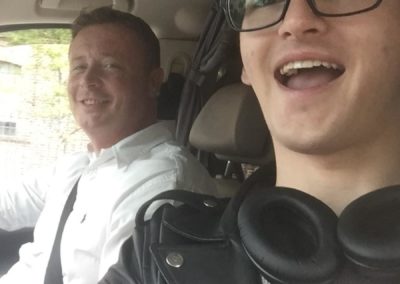 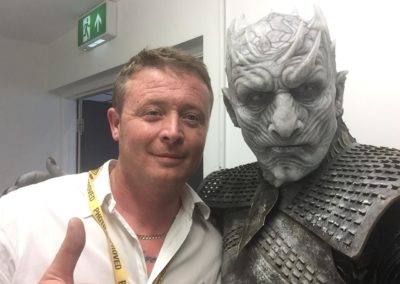 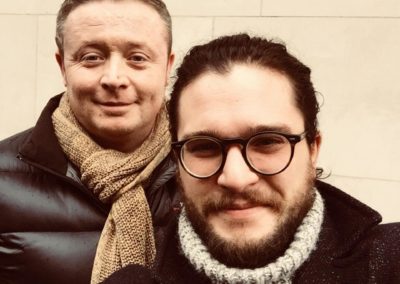 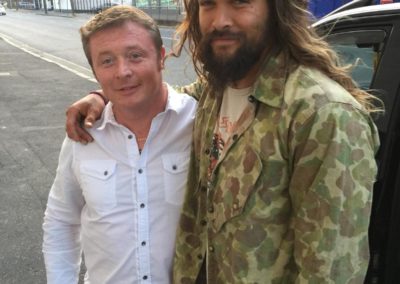 What our customers have to say:

"Geoff is a highly-motivated and reliable colleague whose skills, dedication, and professionalism helped to implement the EU Election Assessment Team mission. I strongly recommend Geoffrey…"

Get in touch with us: